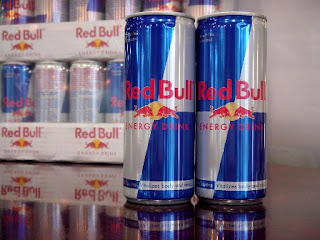 I have been drinking Red Bull for years to give me a sort of boost. There is always someone in my daily life that sees me drinking Red Bull and quickly says, "that stuff is bad for you". Of course, when asked why, they have no idea. I figured I would let you know some things I have researched. First lets talk about Taurine. I have heard from some people that taurine is a cancer causing ingredient. This I believe is totally untrue and is totally only speculation. Taurine is an amino acid that is naturally produced by the body. It would be interesting to know if the taurine that is in Red Bull is a natural form of taurine, or a synthetic version of the amino acid. However, even if it was synthetic, there is no evidence that this is a cancer causing element, or carcinogen. Many people that work out and are trying to lose weight, take taurine before their workout. This is to give them an added boost, in their fight against weight gain. I don't believe that this is a dangerous chemical, most amino acids are good for you. Red Bull also contains caffeine. Some people take caffeine already in a dietary supplement, and drinking Red Bull on top of that, could make your heart beat super fast like a marathon runner. This usually scares a lot of people, caffeine mixed with the other stimulants in Red Bull really perk you up. Caffeine is easily handled by most people, however, there are those people that have a little bit of caffeine and start having panic attacks, because they don't know how to deal with the dose they have taken. This is the last thing you want to happen, especially if you are at work. Its not that caffeine that is bad for you, but if you go into a panic mode, and you are actually scared, then you should probably go easy on caffeine. Remember, there are coffee and tea drinkers around the world that are addicted, so don't fool yourself, caffeine can be very addicting, and if you are hooked, could alter your mood drastically. There has been some research that carbonated drinks could weaken your bones, and even eat away at your stomach lining. There is not enough research however to make an informed decision about this though. You should however be safe, rather than being sorry. Try to keep your carbonated drinks down to a minimum. Red Bull also contains vitamins. They are mostly vitamin B group vitamins, and some of them are 100% of your daily value in one serving. Be careful though, people can overdose on vitamins and it will make your day very unpleasant, this is something to think about if you are taking vitamins already, especially B group vitamins. Red Bull also contains Niacin. In high doses this could cause an itching sensation around your neck and shoulders and could make your face look and feel flushed. Different people react to Niacin differently. That is pretty much all I have to say about Red Bull. Even though people continue to say its bad, I still indulge from time to time. I have had 1 Red Bull a day for about 2 years and I have been fine. I am not addicted, if anything I just need a way to get caffeine into my system and fast! The other things that come along inside a Red Bull are not dangerous, and aren't harmful if taken alone. I don't see how they would be more harmful if combined. Remember, like with alcohol and coffee, I believe moderation is key.
by bizong at 8:51 AM