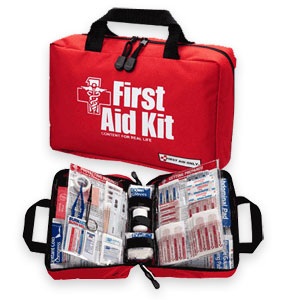 I have been a cub scout, a boy scout, and a regular camper all my life. Now you see where I get my title of this article from. Be Prepared is one of the boy scout's many sayings that holds true to anyone both boy and girl, human or otherwise. No matter what happens with politics, with new diseases every day, we simply don't know what our fates are going to be. The best thing you can do is be prepared in the most practical way possible. One of the most obvious ways is with a first aid kit as shown above, but there are also other tips I would like to share. After all first aid kits are not magic wands. Reading instructions, and having basic knowledge will get you through the hard times.

When I was in boy scouts, and cub scouts we had to do many different activities outside in order to earn our badges. We did canoeing, cycling, jogging, hiking, and when any of us got a cut, scrape, or bruise, we were taught to take care of it as soon as possible. I will tell the same thing to you. Here are some things you should always keep in mind...

I know these sounds like crude tips everyone should know, but in a survival situation, these tips can help a bad situation from turning even worse.
by bizong at 3:17 PM No comments:

Why Does Everyone Drink So Much Water? 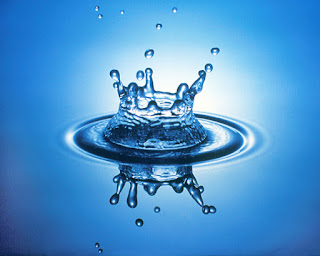 Why does everyone insist on drinking so much water? I am not saying that water is a bad thing, in fact, water is life and we all need it to survive. Many people have heard the advice, we should all be drinking 8 glasses of water a day. This is a lot of water. Where did the 8 glasses number come from? So many people drink so much water every single day, and they say to themselves that they are doing it to get their "8 glasses". They do not do it because they are thirsty.

The 8 glasses a day figure comes from Dr. Valtin who is a kidney specialist (original source). He states that the recommendation of 8 x 8 ounce glasses of water really comes from the Nutrition Board of the National Research council. I know it sounds scary. The actual recommendation however was not for 8, 8 ounce glasses of water, it was for 1 milliliter of water for each calorie of food. So that should be around 60-80 ounces of liquid. The reason why most of us remember 8 glasses of water is because a lot of the media forgot to leave out the part of the quote where it says we get most of this water from our prepared foods. How convenient for the water bottle companies wouldn't you say? Collectively those bottled water companies made something like 7.7 billion last year.

People are constantly trying to push how much water they can drink in a day. This is not always a healthy thing to do. Did you know that you can die from too much water? A lady by the name of Jennifer Strange took part in a radio contest that was called "Hold your wee, for a Wii". The goal was to drink as much water as you can, and at the same time keep from going to the bathroom. She won the contest, but later that day she lost her life. She was complaining of a headache and nausea before she died. These are the symptoms of what is called hyponatremia. This is because she had water intoxication, or too much water and not enough pee.

Remember, water is not a bad thing. The best thing to do is listen to your body. If you're thirsty try to stay away from the sodas. Try grabbing an ice cold water instead. 8 glasses a day might be a bit too much, but hey it won't kill you. Just don't push it.
by bizong at 2:58 PM No comments: